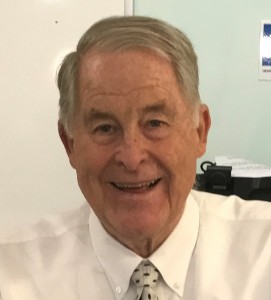 Our thanks to the Sarasota-Manatee Herald-Tribune for allowing Rusty Blix, owner of Alderman Oaks, to be a guest columnist in the Sunday, October 8, 2017 (Opinion Section) issue of their newspaper.

Following are the contents of his column.

I support LeadingAge Florida’s challenging of Rick Scott’s order to install generators in all Nursing Homes and Assisted Living Facilities by December 1, 2017.  As founder and owner of Alderman Oaks Retirement Center (assisted living for twenty years) I would go further than the ongoing challenge about the impossible timing of the request.

For entirely too long the response for any issue coming up in Florida’s worst facilities has been to throw money and regulations at all facilities.  Throwing money and regulations at problems without any concern about the cost is soon going to turn Florida into a Medicaid swamp.  The demographics of the aging World population, greatly magnified in Florida, are going to have authorities begging retirement centers to cut costs and we will respond by saying “Impossible. you have swamped us with your regulations.”  By the way, very few retirees have anywhere near the income or assets they will need to pay for their care in their latter years.

It would be much wiser for facilities to have relatively small portable generators to handle immediate needs and a ready electric hook-up for a larger facility-sized generator.  Our professional associations could then have an adequate number of well-maintained, building-sized portable generators in a safe place in the center of the state not to be used outside the state during hurricane season.  I am sure that no more than a fifth of facilities in the whole state of Florida ever have required a generator at any one time.  This would cut our costs, which need to be passed on to the consumer, to only twenty percent of what is required by the Governor’s current order.

Alderman Oaks was out of power for about three and a half days. We had evacuated and when our place of evacuation started experiencing sewer backups because of lift stations being without power, we obtained permission from authorities to move back home though without power.   We had a non-staff RN checking and documenting the condition of our residents.  All were kept hydrated and fared well.  We had numerous small generators providing temporary light and ventilation.  When some of the families of residents recovered power before we did, their offers of a place for their family member to retreat for air conditioning were generally rejected due to the resident’s preference to stay with their Alderman Oaks family.  Our residents were well cared for and actually had what they commonly described as an interesting experience.

The large generator we had on standby before the storm had just been shipped to Houston with most other available generators.  We then began the process of purchasing a large generator on a trailer during the storm, which were in our possession just after the end of the storm.  Interestingly enough, our power was restored just a few minutes after making the verbal commitment for the new generator.  Also troublesome during the process was the inability to receive any updates and communications from FPL.

By the way, if we should happen to experience evacuation again, because our large generator is on a trailer, we can take it for use at our evacuation site.  Governor Scott would have it permanently attached to a facility that was evacuated for a flooding threat.  And there is also the issue of on-site storage of large quantities of gasoline which can be both dangerous and eventually go bad.

I will argue that the proposed mandates and potential policies deserve greater thought, research, input, and evaluation before moving forward.

I have been and still am a supporter of Governor Scott, but to continue to shoot from the hip after a crisis is over is not the answer.